Duchamp Played Chess; I Made Cranes 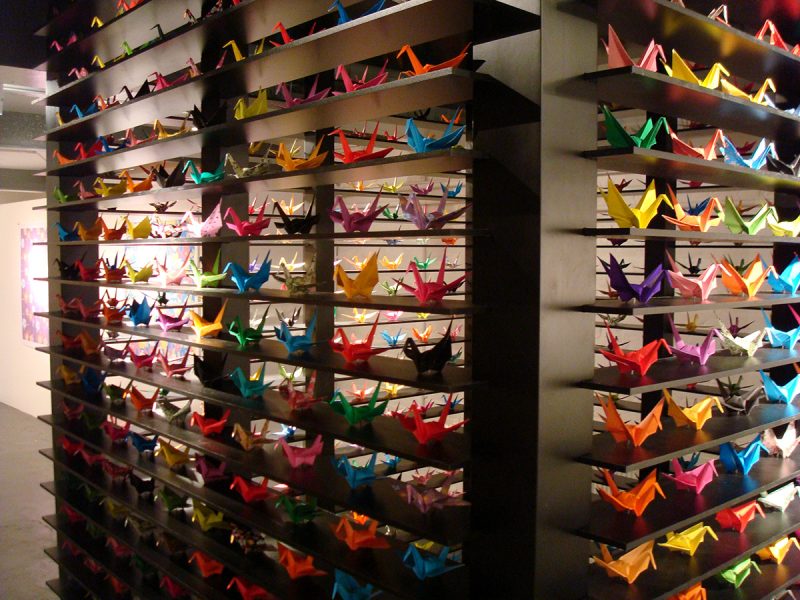 Like Marcel Duchamp, who in 1923 declared that he was no longer a practising artist and instead both played and studied chess for the rest of his life to the near exclusion of all other activity, so Ford became disillusioned with his art practice and decided to dedicate his time to making Origami Cranes instead of creating any new work. He became obsessed by the paper folding process and intrigued by this ancient art. Much like Duchamp who claimed to have abandoned art for playing chess, but secretly worked on his last major piece Étant donnés for 20 years, so was Ford, unbeknownst to himself, developing a new body of work.

By giving in to his obsession with Origami, Ford folded 1,000 cranes using a variety of coloured and patterned papers, which will be displayed as an installation. His adjacent studies take the form of watercolour and gouache paintings. In a cyclical way he turned his studies into patterns, created his own paper designs and used these to fold more cranes. Ford has also created a digital animation of infinitely spinning rainbow cranes and large intricate hand finished pattern prints, inspired by the numerous Origami papers used, which references the more contemporary Japanese culture.