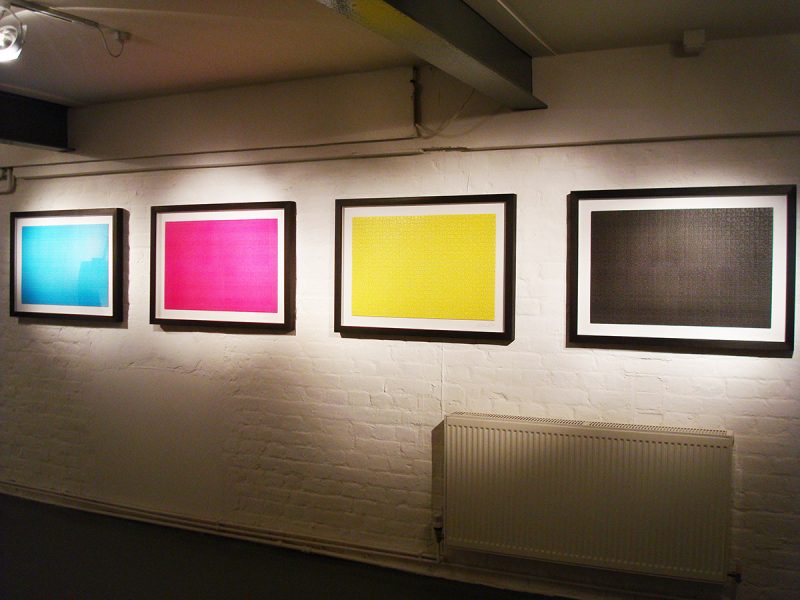 There is a refreshing, down-to-earth quality to James R Ford. He is in many ways characterised by his desire to work within different styles, and by his concern that as an artist, his work be accessible to the viewer. Only Boring People Get Bored is Ford’s latest body of work, which examines the concept of boredom with an existential twist. The installation, 33 Things To Do Before You’re 10, is the result of Ford’s month-long residency at Ferreira Projects and also forms an integral part of the exhibition as a whole.

As James R Ford suggests, boredom could be said to be symptomatic of post-modernity, a world of endless choice, where everything is available but is not easily differentiated between, and in which the freedom to choose allows us to fall into a state of futility. The artist seems to suggest that he creates art as a means of killing time, but more believable are his roots in the Fluxus movement, with its emphasis on the performative and a do-it-yourself aesthetic. I particularly like the four jigsaws, each in a single tone of CMYK, suggesting the painstaking discipline and abject boredom involved in piecing each of them together over a long period of time.

Only Boring People is housed at Ferreira Projects; itself situated in the east end of London where the glass and steel monuments of the City give way to the brick tattoo parlours and kebab shops of Old Street and where the Chariots sauna demarcates the line between the Suits and Shoreditch.

Formed in 2007, director Christian Ferreira has recently refocused his gallery’s programme to show emerging conceptual artists (some of which hail from his native South Africa), in an attempt to produce good work and interesting shows, which even in troubled times, do not focus solely on the profit margin.

While there is more depth to be had from Ford yet, be it personal or political, these are early days and Only Boring People Get Bored is entertaining and fun. This world of Guitar Hero, Bop It, Rubik’s cubes and scribbling reveals a Peter Pan of an artist, who rejoices in the every day stuff of life; while the childhood escapism involved in the bread baking, kite flying and frog spawn collecting activities of more carefree days is guaranteed to lift the spirits in these testing times.