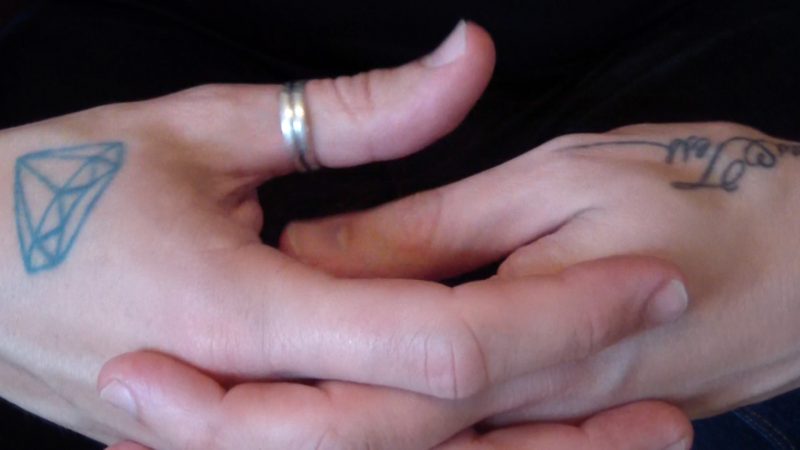 Martin Patrick takes a look at the work of conceptual artist James R Ford. There are jokes, sure, but there are telling glitches that point to deeper concerns. Not all play is lighthearted after all.

James R Ford’s ironically playful but carefully crafted artworks bear some resemblance to well-told jokes; it’s all terribly dependent upon the timing and the execution. And if such jokes have a glitch in the telling, it calls attention to that almost imperceptible but utterly consequential gap between success and failure.

Ford’s art is highly sophisticated in its references but, in an entirely generous fashion, retains an accessible feel that offsets the potential challenges to the viewer. The British-born and now Wellington based artist’s practice spans quite a range of media: films and videos, paintings, drawings, and sculptural installations. His works stem from clearly rendered and well-developed ideas. As the artist states: “Some of my works can appear simple or quick but you can guarantee that I have spent hours or days or weeks thinking through how that idea should manifest itself.”

One of Ford’s most recent works, a video comprising a closely framed shot of the artist Twiddling My Thumbs (2014) reflects this attitude. This work will be in his upcoming exhibition, Lollygag, at Paulnache in Gisborne. “For a while now my works have had an underlying concern of how we (people in general) spend or fill our time and what is a good or bad use of time,” he explains. “Lollygag literally means to spend time doing things that are not useful or serious, to fool around and waste time, and I was thinking of works that I could make that were, essentially, a waste of time, but that by turning them into art I somehow bestowed virtue on the act and turned it into a good use of time. Twiddling your thumbs is often used as a metaphor for doing nothing or wasting time, so thought it was a good place to start. I was going to film myself twiddling my thumbs for a really long time but then thought ‘why does duration make the act worth more?’ So instead I made the film using the minimum footage (one rotation) and slowed it to about a third of the speed, creating something quite mesmerising from something quite banal.”

This forthright directness and shrewd humour is also present in Ford’s wall-installation flowchart in which all paths relating to decision-making lead to one single (optimal?) solution: Have a nice cup of tea and a sit down. It is a quintessentially English situation, related via an appropriate dose of satirical humour (and likely a biscuit or two).

Ford’s art speaks towards everyday experience, but transformed in arresting, visually elegant ways: an installation comprising 1000 multi-coloured origami cranes; consequential drawings that emerge out of so-called scribbles; his arrangement of 33 things to do before you’re 10 (including sandcastles, handprint painting, paper-maché masks); and magazine pages selectively filled in with biro and marker pens.

Ideas that might be discussed late at night in the pub become performatively enacted, such as in Infinite Monkey Syndrome (2012), with a costumed monkey typing repetitively until works of literature might materialise, or Schrödinger’s Cat in the Hat (2012), in which a stage magician demonstrates with characteristic panache a quantum physics conundrum.

Ford synthesises a technician’s ability to get things in exactly the right place with a mischievous inclination toward manipulating and mashing up realities. As he explains: “Every idea conceived has its origins in another or multiple ideas. It’s how you change ideas, bring them together, mess them up or clarify them. It’s the same with objects and images. [It’s how you] appropriate them and change their meaning through modification, association or separation.”

His series The Relativity of Things developed out of work looking at needs and wants, considering those things in life that we may want but don’t inherently need. “Modern day life is saturated with choice and vacuous time fillers that often disorientate our priorities. But on the other hand Bertrand Russell in the essay In Praise of Idleness says: ‘Time you enjoy wasting is not wasted time.’ Where do wastes of time sit in our hierarchy of needs? Hence the triangular form in each work – a reference to Maslow’s often depicted hierarchical pyramid. Maybe we all need some things we don’t need for the subsequent virtue or pleasure they can bestow, but we should also contemplate what is worth our attention and how much time we spend wasting.”

Ford’s use of wry humour, tending towards the gothic, shares some affinity with a number of international artists, from Tom Friedman and Martin Creed to New Zealand figures such as Richard Maloy and Ronnie van Hout.

Ford studied art at Goldsmith’s in London, renowned for both its conceptual rigour and for many of its lecturers and graduates. Ford remarks: “The best thing I gleaned was to keep ideas simple, not to make a simple artwork crammed with complex ideas. My art education was extremely conceptually based – everything had to have a meaning behind it. So when I came to New Zealand I was shocked at how much painting was exhibited.”

He now appreciates the amount of craft he sees in the art of Aotearoa and has in turn been influenced by it. But with the increase in social networking occurring today, this has greatly impacted both the artist’s practice and its modes of dissemination. (He has been relating a Tove Jansson children’s story via his A Tweet A Day project since 2009, and expects to complete the work in 2021.) Ford is an energetic and talented emerging artist not to be underestimated, and definitely coming into his own, making works which exhibit considerable imagination, maturity and skill.

Mark Amery, who writes regularly for Wellington’s Dominion Post newspaper as well as many other publications, likes “how James R Ford’s work is all about play, and the weight of that play. Duchamp pop. It both takes light things seriously, and serious things lightly, reinforcing that it’s all one big circle. We learn through play. It’s a part of work, not separate from it. I like how he values that space in between the supposed important stuff. Testing out theorem with material from the toy cupboard.”

Amery enjoys the unexpected qualities he has encountered in Ford’s art practice, stating: “I never quite know what he’s going to do next. Sometimes I’m bemused, at other times amused, and occasionally there’s even something I could imagine taking home.” When Ford was the recipient of the inaugural Tui McLauchlan Emerging Artists Award in 2013, Amery wrote the following, specifically referring to the artist’s piece Mirror #6, in which coloured wax was “splattered” in a visceral manner across a circular mirror: “The work for me manages, in its light $2 dollar shop cheap yet well-crafted way, to speak to the conflicted nature of our presence in the world: our ego, our desire, our materialism, our narcissism. … And yet I can imagine this artwork in your hallway — next to your McCahons, Woollastons, coats and hats. Like a zen Max Gimblett tondo (which it could almost be a Western materialist reaction against) its expressive stroke agitates pleasingly next to its circular form.”

The gallerist Matt Nache currently represents James R Ford’s work. Nache is the director of the PaulNache Gallery in Gisborne on New Zealand’s North Island. Nache first met the artist at a 2011 opening and “liked his nature. He looked like a quite hard British boy, but look at his tattoos: diamonds and butterflies!” Nache has been impressed over the past several years with the diversity of Ford’s practice, and recently decided to take Ford onto his roster not long after showcasing Ford’s video work Schrödinger’s Cat in the Hat at the 2013 Auckland Art Fair.

Nache comments on Ford’s increasing “fine-tuning of the work, thinking and breathing it. He’s a well-rounded artist with a very strong work ethic. The works are beautifully made.” He views Ford as a savvy artist whose work hasn’t relied on one single form of dissemination, in that he has shown in public galleries, created events and used online contexts as well. Ford’s work has entered some of New Zealand’s most prominent art collections including The Chartwell Collection and the James Wallace Art Trust prior to signing on with Nache, who is also planning to take examples of Ford’s work along with other emerging artists to the Melbourne Art Fair this August. Although Nache operates his gallery from a relatively provincial location, he comments: “The internet has shrunk the world. Increasing accessibility helps position James as a global artist.” Pricing of Ford’s works range at the moment from $500 for smaller prints to $5,000 for his larger-scale sculptural installations.