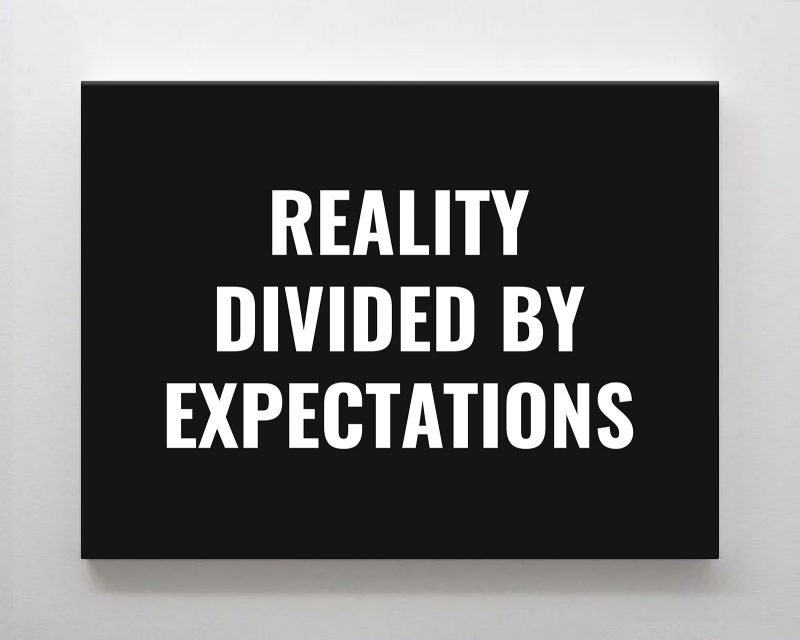 Fuzzy Logic is a solo exhibition of new work by James R Ford, exploring subjectivity, uncertainty, and degrees of truth.

The text works in Fuzzy Logic explore concepts generally considered central to the human experience, such as anxiety, faith, and happiness. Ford breaks these down into component parts, creating pseudo-mathematical formulae, which offer the appearance of solutions, but in fact present new concepts with their own complexities to be unpacked. Ford comments that the use of language in these works is intended to generate thought around our experiences of and responses to the world, and the extent to which we have control over these.

Ford’s Dots series comprises of simple arrangements of dots, drawn or painted on paper, on canvas, or directly on walls. The works play on the philosophical notion of the ‘Absurd’, which describes the mismatch between the human impulse to find or make meaning and the essential futility of this endeavour. The artist notes that artworks typically manifest as visual or conceptual points of reference for viewers to interpret, but that the process of interpretation is intimately bound up with subjective responses, based on the particular beliefs, experiences, and perceptions of individuals, who invariably join the dots in their own ways.

In Look Here, an illuminated arrow-sign draws viewers in, guiding them towards an illusionistic but fictive hole in the front of a wooden box. The relatively low height of the work means that most viewers must bend awkwardly to achieve an appropriate viewing angle – and by then it’s too late. Viewers reacting with surprise or amusement draw further attention to the work, encouraging others to peer inside the mystery box. Thus the cycle of fake news absurdly perpetuates itself.