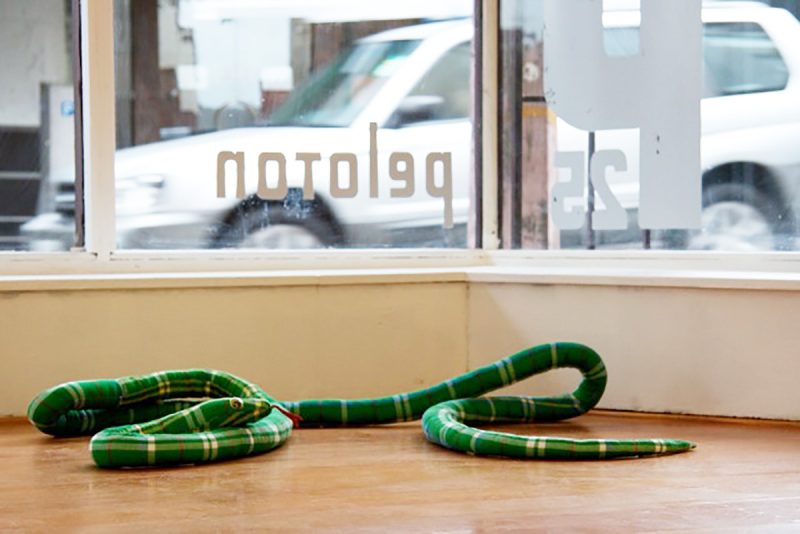 Ford’s first show in Australia has an appropriately ironic title, adapted from a well known quote by Stephen Hawking. In this context it is relevant to the lo-fi aesthetic of the works and the use of mathematical/scientific iconography. The exhibition is peppered with never ending knots, word play and a sense of redeemable idiocy.

The artist’s interest in visual, verbal and conceptual forms of repetition and patterns is evident in his new series of drawings, Tongue Tied and Tired. Aural, alliterative pairings and sequences are transformed to visual forms by laboured textual rendering. In addition to these drawings there is a sculptural work that can be found flopped and twisted on the floor of the gallery – Snake Pi (version 1i) – the first in the Snake Pis series. In a universe according to Hawking and Feynman, where particles pop in and out of existence, taking on random forms, the likelihood of a snake appearing, curled into the shape of Pi, is a likely as anything else. And, as Ford states, “there are not enough snakes in contemporary art”. The Snake Pi in this show is concerned with length, one of the three physical dimensions; others in the series will consider mass and time.