Air of the Irrational 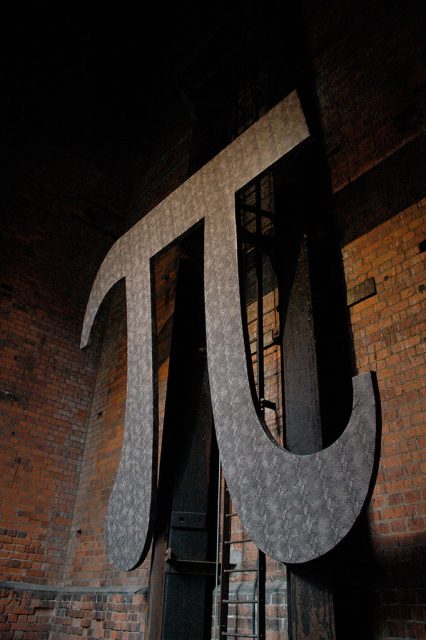 In Air of the Irrational Ford presents new works from his Snake Pis series. Snake Pi (version 2) is a 3.14 x 3.14 metre sculptural manifestation of the pi symbol, clad in snakeskin. Strung up in the industrial setting of the Accumulator Tower like a prize catch, or a behemoth Gucci accessory in the waiting. There is a playful association with the ladder in close proximity, but also one of a sombre nature – the chains supporting the work and the bars and grills in the space conjure a dungeon or place where this monster is being caged.